Speeding up development of GOV.UK forms

An important change for government in recent years has been transferring paper application forms into forms that people can complete online.

There are over 7,500 forms on GOV.UK used for anything from renewing a passport to booking a prison visit. These services need to align to government standards and may require common functionality such as uploading files or requesting payment.

Whilst working for a client we identified a need for a simple, cost-effective method of building online government forms.

Previously the only option for government departments was to build a service from scratch. This was time-consuming and expensive. Precious development time was spent re-doing the basics - creating simple pages - rather than tackling new problems.

It also risked inconsistency as departments were reliant on individual teams following standards.

Our lead developer voluntarily took the initiative to build a simple, reusable template that would allow government developers to code front-end services more quickly. He made it accessible and aligned to government patterns and styles by default.

We called it Home Office Forms and made it available online for anyone to use. We also included step-by-step guidance to support less experienced developers and created a #hof channel in the UK Government Digital slack channel where anyone could ask us questions. 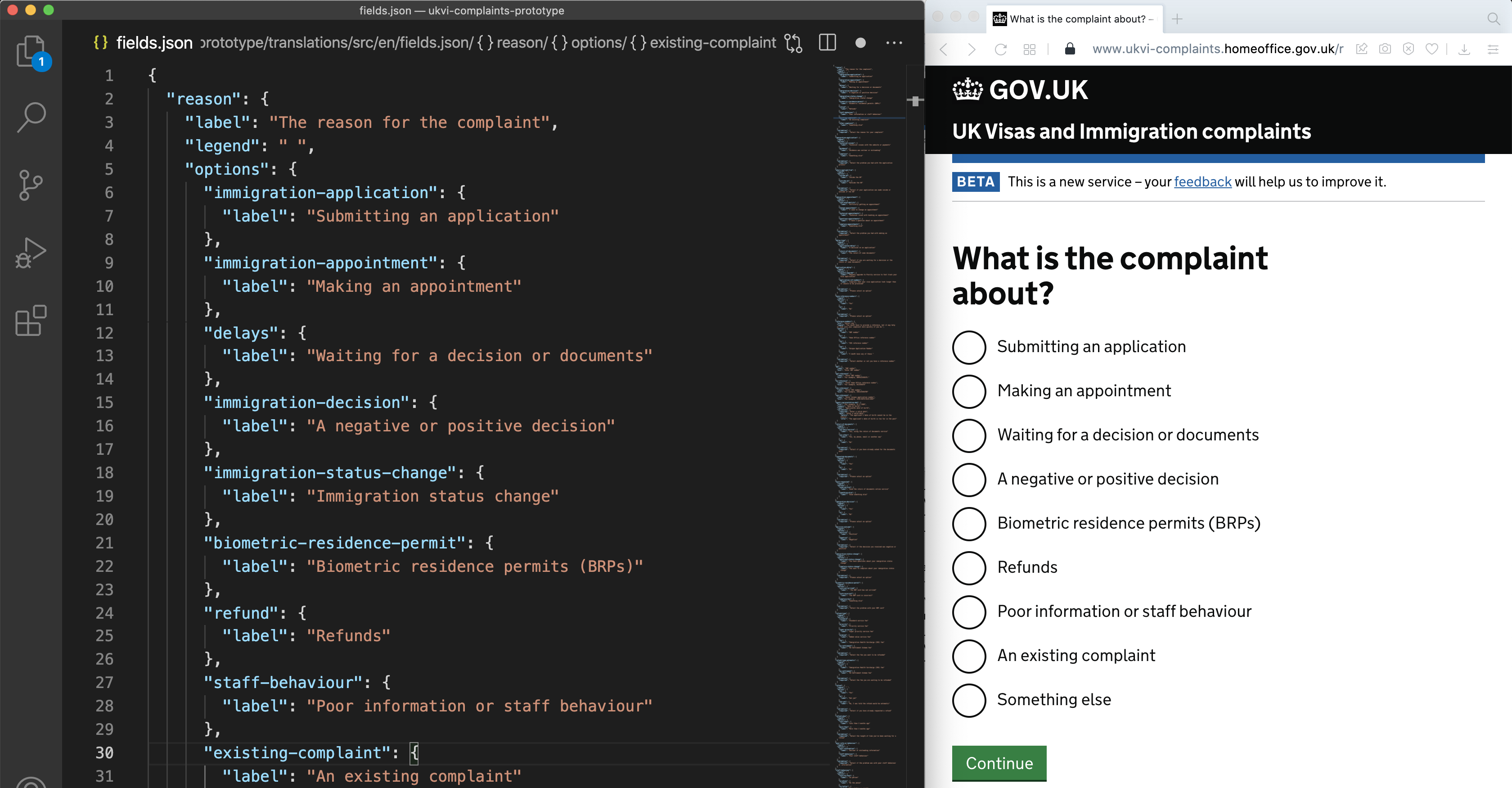 An example of the configuration code generating the service interface 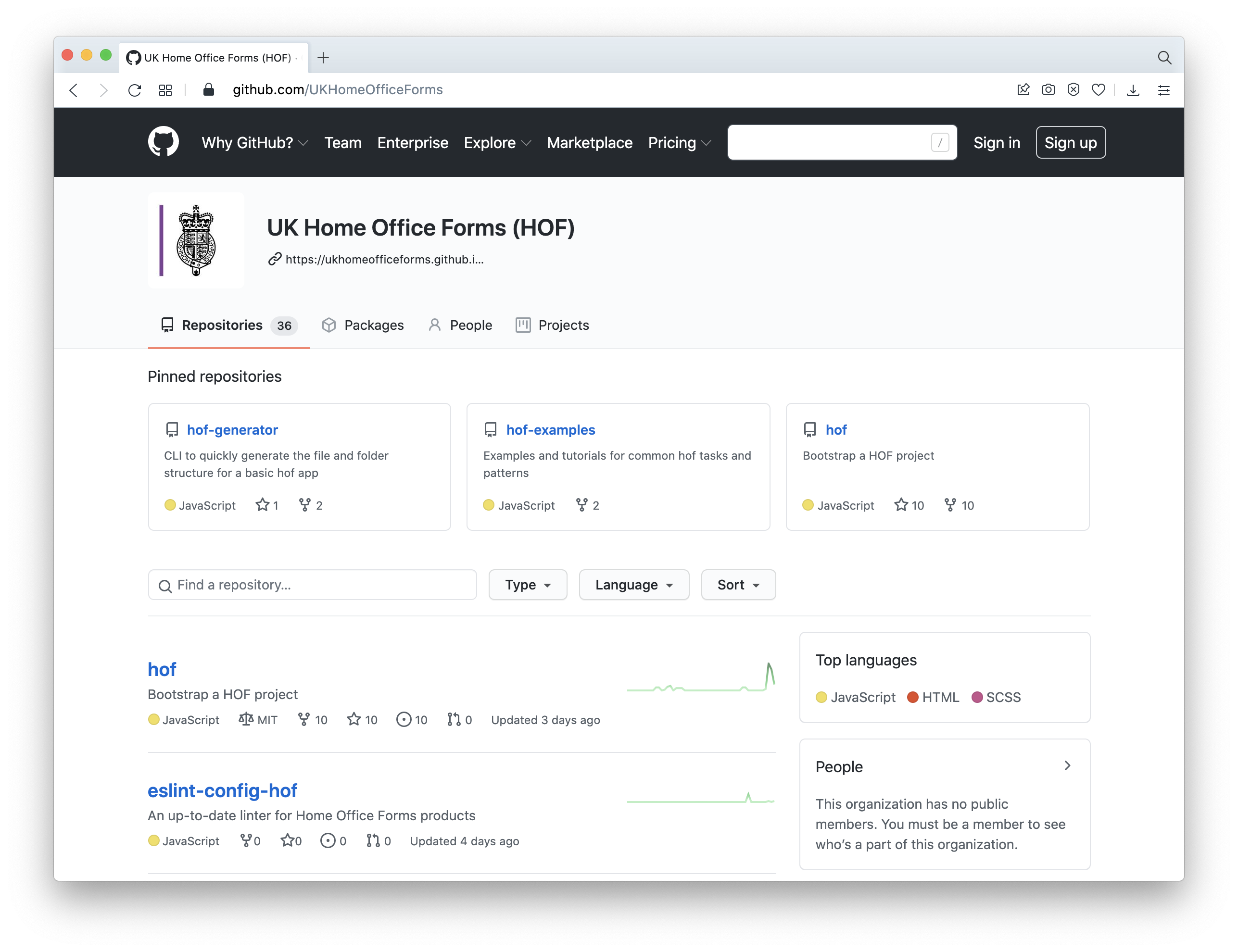 The software is open source for other services to utilize

Opening up forms to everyone

Government teams can now build simple, working forms in days rather than weeks or months.

Using the Home Office Forms framework in our services means our developers don’t spend time reinventing the wheel, but can put their skills to good use solving complex problems.

The tool is being used in 19 services and is so effective Government Digital Service considered rolling it out across the whole of government.

Researching, designing and building improvements to a regulatory licensing system