Modern slavery has become a fast growing problem for UK law enforcement. In 2019 there was a 51% increase in modern slavery offences from the previous year.

We were asked to make improvements to an existing service that allows government officials and othes to report suspected modern slavery offences to the Home Office.

We started by carrying out exploratory research into the current reporting process with 16 users from organisations including Border Force and The Samaritans.

During research we identified a need for users to save reports and return to them later. As frontline staff working in demanding roles they had to be prepared to mobilise quickly when needed. Being called away in the middle of making a report meant losing their progress - a frustrating obstacle for these time-poor users.

Our technical research also identified some enhancements we could make to the underlying caseworking system into which reports were delivered.

We designed and built a feature that allows users to save a report for 28 days with no limit on the number of reports users can have.

We also designed a simple, fast email verification journey that allowed users to securely return to saved reports via their email. 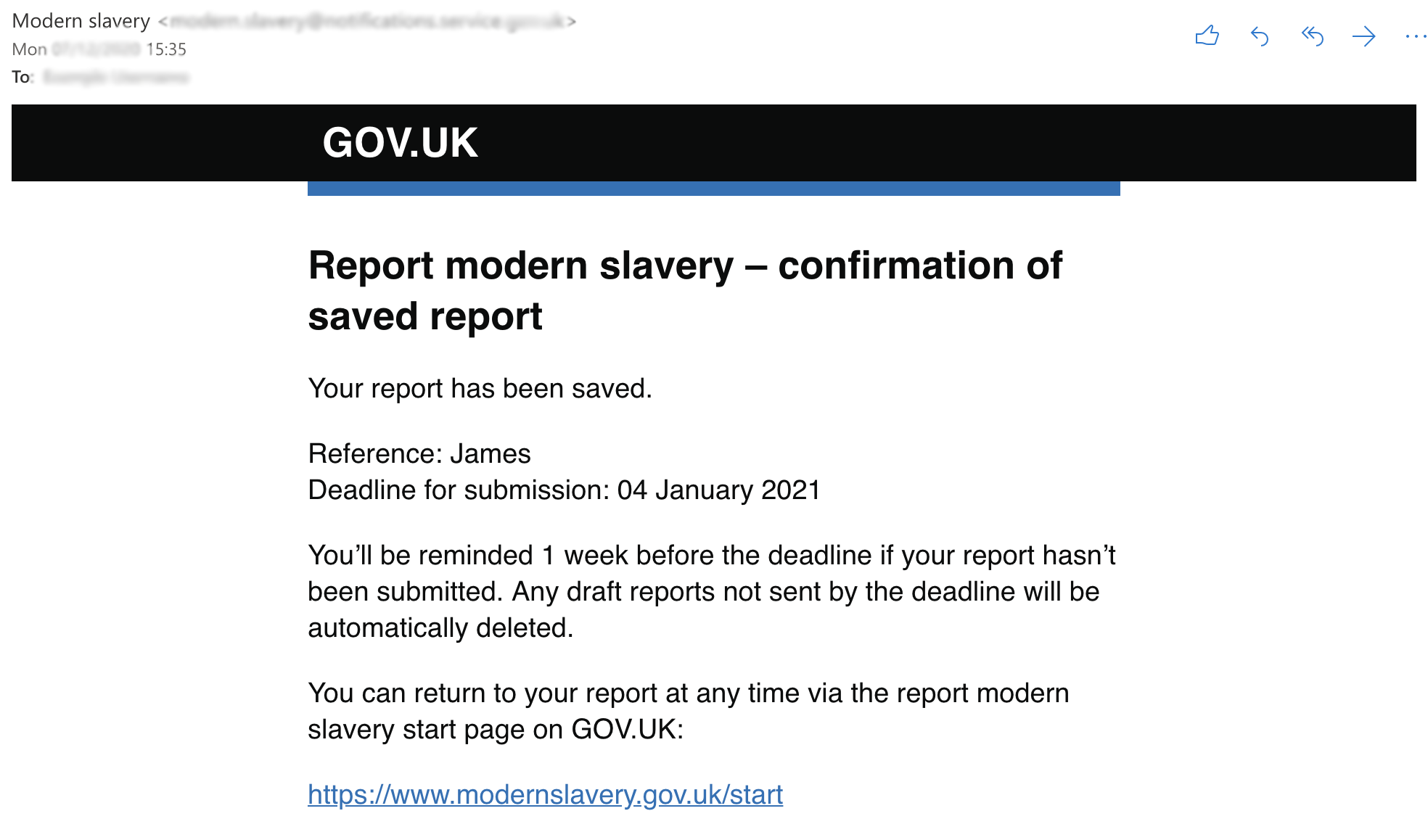 Confirmation screen telling the user their report has been saved

We also identified and implemented a solution to repair the technical fault that was causing reports not to be delivered.

We checked our solution worked by carrying out usability testing on the end-to-end process with 10 users.

“Everything you do to make it easier is fantastic. It reduces admin so you can concentrate on writing your report” Border Force official testing the new service

We also made some technical improvements to the caseworking system.

Realising benefits for users and client

The improved service went live in October 2020 with around 100 reports being saved at any one time and 100% of reports submitted successfully.

The client was so pleased with the outcomes we were engaged to do further work building an internal tool that allows staff to quickly and easily query report data.

“[What I like about this team is that] they’re small, with a consistent point of contact and easily contactable. I’d definitely recommend them.” Digital and Data Lead, Home Office

Researching, designing and building improvements to a regulatory licensing system